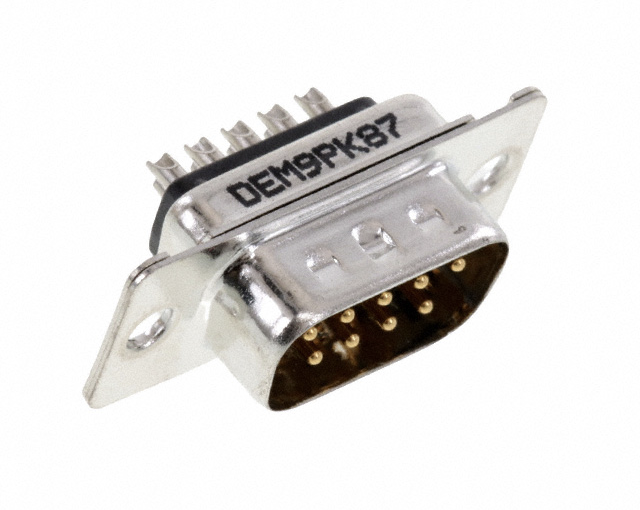 Using the male/female terminology for connectors seems to be the industry standard. In the past I have never questioned this. Its just how things are and how I learned to work with them.
In one of my recent KiCad-Workshops I talked to people that would like to get rid of those words. There are a few issues with using the sex-analogy:

There has been some movement in the industry to address this problem. One example is the PAMA Recommendations for Neutral Nomenclature in Pro Audio from the Professional Audio Manufacturers Alliance (PAMA).

The proposed solution is to replace male/female with plug/socket, or pin/receptacle depending on the actual connector.
This is quite clever, since it solve the ambiguity of male what means: ‘will be inserted’ vs. ‘does have pins’.

There is no good reason why we, as an open-source community, should not improve our naming. On the contrary, we are not bound by weird corporate rules, but have the ability and freedom to be a leader of change. Both in the technical and inclusion aspect.

So lets do some research next, to see if and how we can untangle this Goardian knot.

There are way to many different connectors out there to research them all. So I decided to start with the D-Sub type since they are well known and lots of manufacturers make them. Also there are standard documents describing them.

When looking at how vendors name their connectors, there is not a single truth[2]. 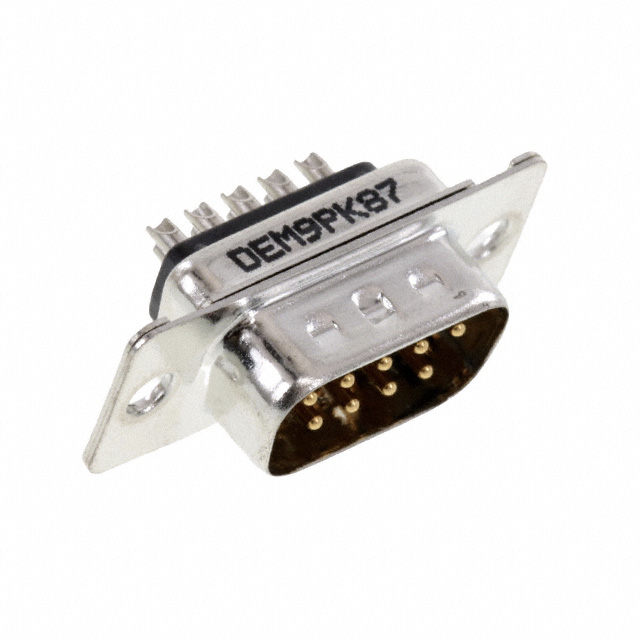 A “male”[3] D-Subminiature DE-9[4] connector. It has a shroud (the metal shell surrounding the pins). One can argue that the counterpart gets inserted into this connector. So this should be female?
We will learn later that at least for this type of connector, male == pins. Which is a good argument to just call it pins since its less ambiguous.

There are at least 20 different vendors for DE-9 connectors on Digikey, I did not check all of them. That is not needed, it is quite obvious that vendors don’t agree on naming. 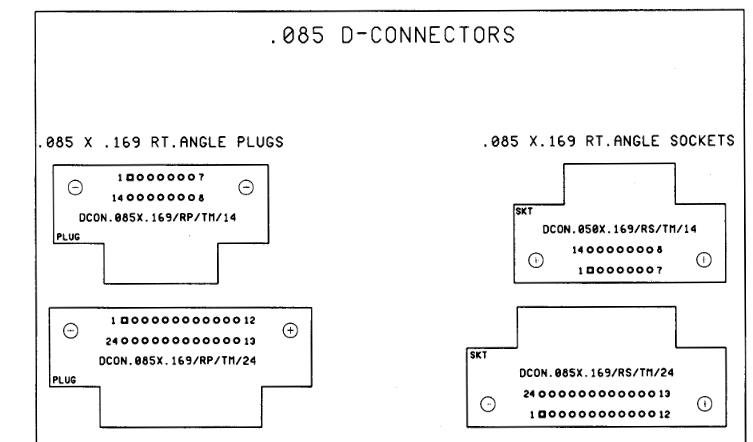 Uses STIFT (=pin) and male at the same time. 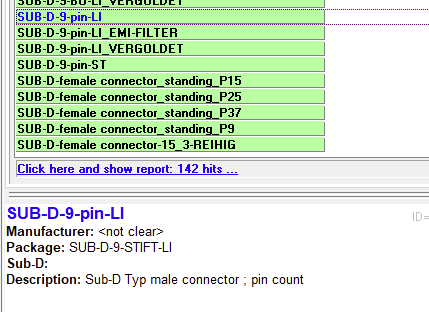 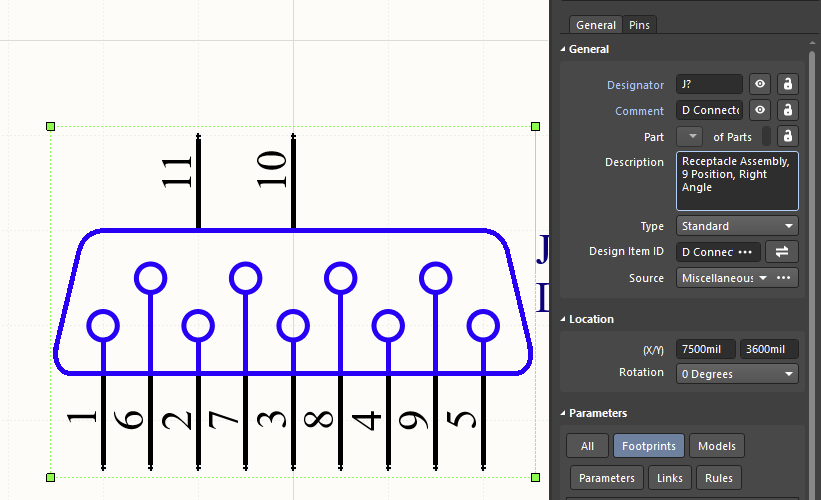 Okay, next up we take a closer look at the standard documents. There are quite a few different standards to consider.

The interesting part here is that the proper letter would be W (weiblich) instead of F to indicate the gender. One could argue that the F stands for Federkontakte. Most likely, this is just a translation issue (as in the letters are not translated at all). I guess the letters (m/f) are supposed to indicate gender.
What is clear here, the male/female wording aims at the pins, not the connector shell.

Unfortunately I only have the German translation of this. Its pretty similar to the the same as DIN 41652: 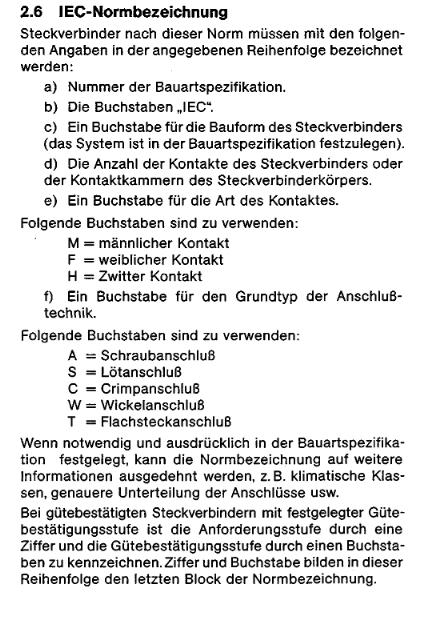 I could not find the words male or female in there at all. The document always refers to “plugs and receptacles”. The key word listing has pin/socket and plug/receptacle. 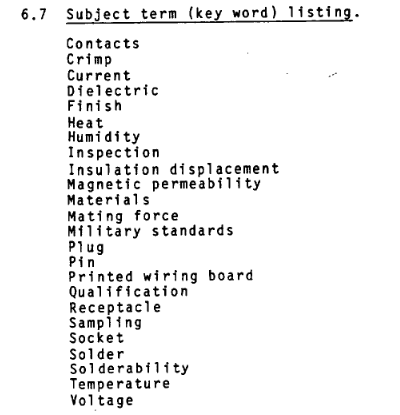 Data for other connectors

This norm has rules that specify how different connectors should be described.
The tables that describe the contact don’t mention male/female. Instead Messer/Feder (translated to Socket/Pin) is used. 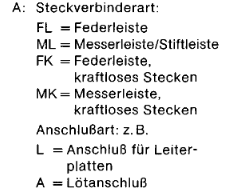 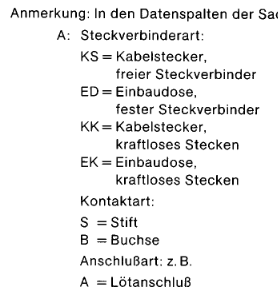 Those are connectors used in rack systems. See https://en.wikipedia.org/wiki/DIN_41612 for some pictures.
The connectors of this series are named male/female in the spec. 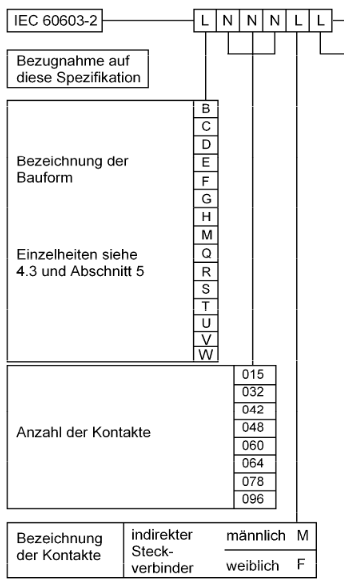 The connectors of this series are named male/female in the spec.
As far as I can tell, vendors (Neutrik, Switchcraft) also choose this naming scheme. 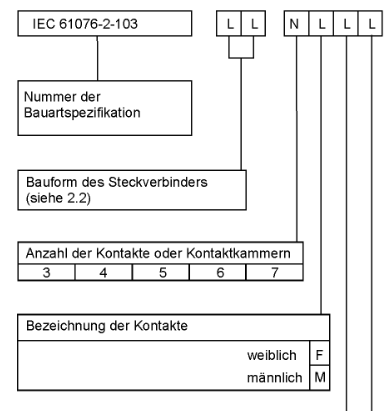 So what does ‘inclusive language’ actually mean?

That is hard, perhaps impossible for me to answer. I have always been included in a tech environment. As a member of the dominant culture I don’t experience microagressions when reading those words.
Other people however are affected by this language. Those asked me to do something about it. I want KiCad to be a safe space for anybody. That’s my main motivation to change things.
Given how small the cost of a change is, I am much in favor of getting rid of non-inclusive words.

We learned that there is no single truth, thus we need to weight our options.
Regarding the KiCad-Library I made the following decisions:

I get that people will be unhappy with this change. Or on the contrary, argue that even the XLR-Connectors need to be renamed now. Saying that I don’t care about other peoples opinion would be a lie. I obvious do, otherwise I would not have spend this much time and effort on trying to making KiCad more inclusive.