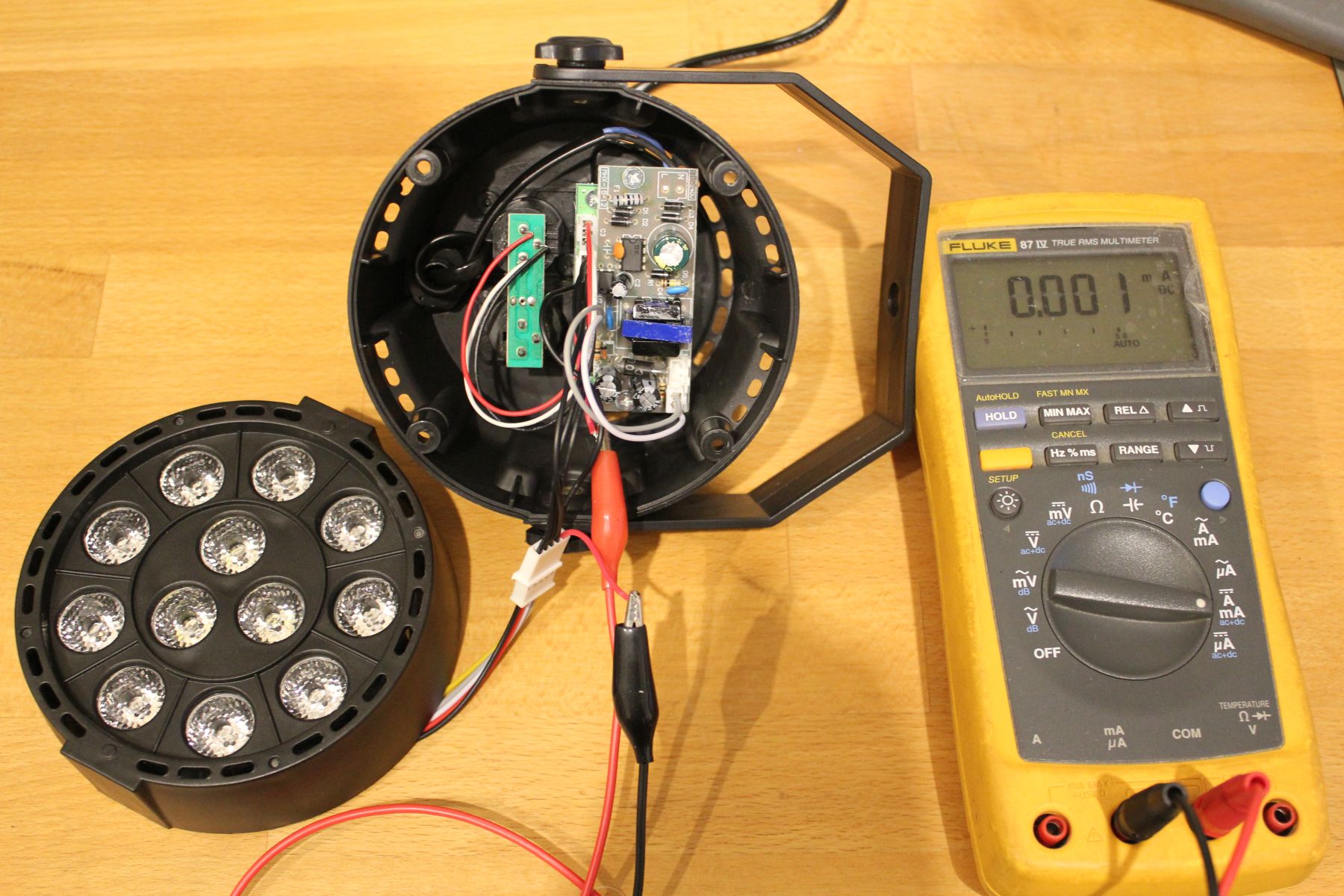 I recently got me a set of 4 DMX-Controllable LED Lights of ebay for 35€ including shipping.

But they are rather dimm. The article page states

So, lets open one up and check the insides.

When setting all LEDs to maximum (RGBW) the multimeter reads 185mA DC. At just 12V thats not barely enough. Interestingly though, setting it to AC+DC mode reveals a stunning consumption of 340mA, thats almost 4Watt.

But wait, why is there even AC voltage when everything is turned up to full brightness?

Scope to the rescue!

I put a 1Ohm resistor in series to measure current, so 1mV -> 1mA. The voltage across the LEDs is always 12V, as output by the PSU.

This roughly correlates with the 4Watts measured with the multimeter.

But what about the overall quality? I guess you get what you pay for.

So this is not as bright as I want it to be. And the PSU looks dangerous. So the next logical step is to fix that. I used a lab power-supply to check if each LED actually can handle 1Watt. The answer is yes, but then it gets hot rather quickly. So some sort of cooling is required.

I think the mod will be made with series-resistors in front of the LEDs so they can run of 12V DC. Then all 4 fixtures controlled by one KaratLight Device. Not sure about cooling yet, running this at 12Watt will be to much heat for the aluminium PCB to handle.